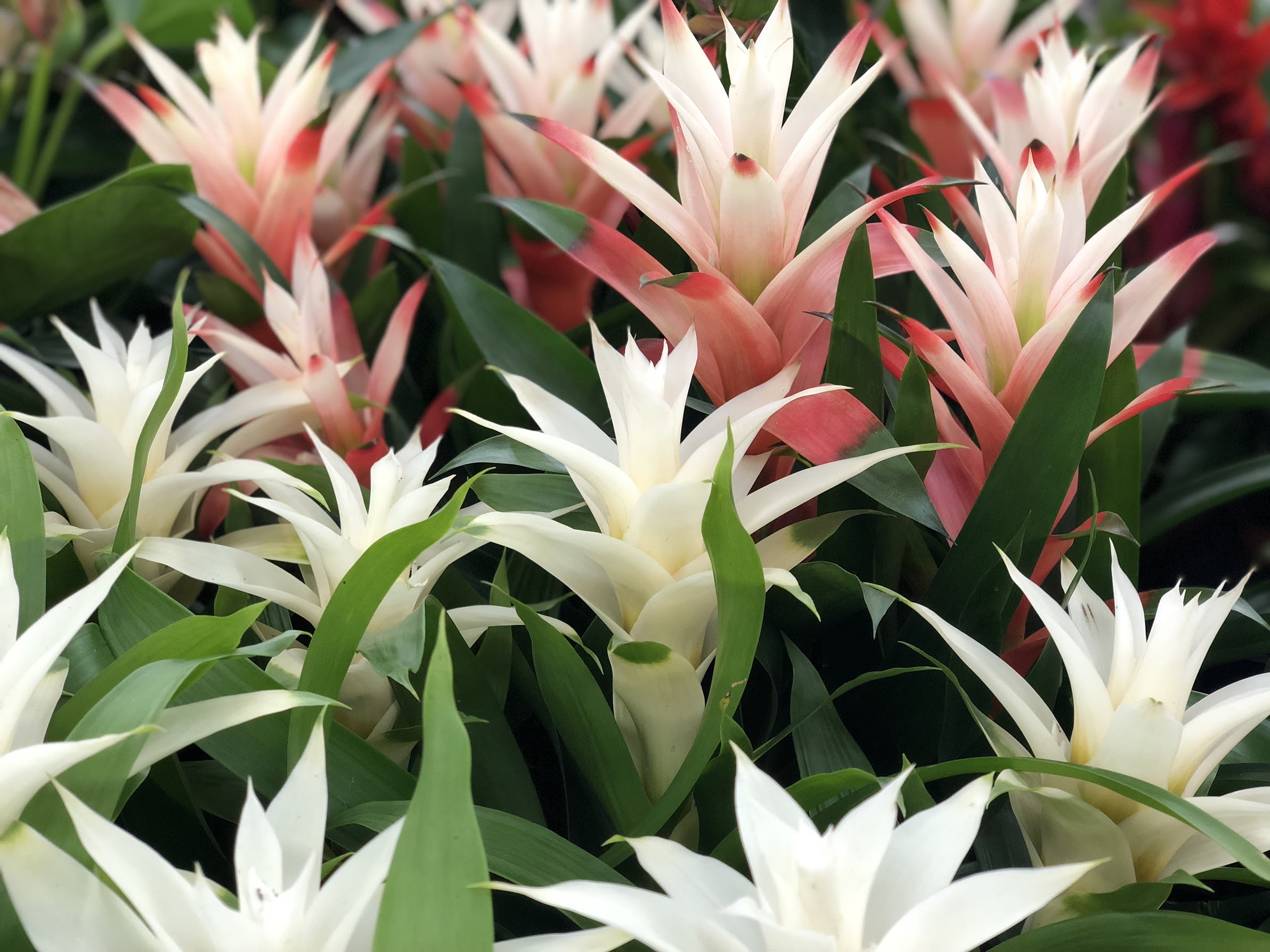 In the early hours of the morning, Verónica Guisa works hard at The Original Los Angeles Flower Market to supply Angelenos with natural beauty from Mexico and the rest of the world.

Between the Fashion District and the skyscrapers of downtown Los Angeles there is a group of nondescript buildings that open to reveal a world of color. Don’t be fooled by the garden-variety green canvas canopies and tan facade. Inside the market is a veritable garden of brilliant flora from all over the world. With 50 vendors selling everything from baby’s breath to hanging bromeliads – the air of the hangar-sized warehouse is dense with an intoxicatingly delightful aroma.

However, “here in the flower market we don’t perceive the smell of each flower because there are a lot of smells, and it smells like something humid,” says Verónica Guisa who works at Flores Deos Co., part of Dayro’s Wholesale Flowers.

Guisa starts work at midnight. “Every day I have to come, take out the flowers, clean the flowers, buy flowers, [and] sell flowers,” she says.

The natural beauty and diversity inside contrast dramatically with the drab concrete just outside the massive metal roll-up doors. The stalls are lined with bunches of flowers, curated bouquets, plants, and terrariums of different shapes, sizes, colors, and origins. Each shop displays countless freshly cut flowers. The bunches, organized by color, spring out of giant plastic buckets of water. The vendors’ offerings include birds-of-paradise, carnations, Chrysanthemum, daisies, Gladiolus, Hydrangeas, irises, lilies, orchids, peonies, roses, sunflowers, snapdragons, tulips, and a myriad of others you may have never seen or even heard of before.

“Too many flowers I [have] never see in my life. Maybe tomorrow I’m going to see another one,” says Guisa who has worked in the market for five years, “There is always something new [with] the flowers.”

When most Angelenos are sleeping, the warehouse is bustling. Three nights a week the activity starts at midnight – carts of cherry blossoms clatter by, opening grates screech, shopkeepers chit chat while clipping stems and wrapping orders in newspaper, all to the low constant hum of walk-in coolers. If you look closer, past the brilliant petals and $4 clearance specials – you’ll find that the people curating and caring for the flowers are just as international and inviting as their wares.

Open to the public only during the day, the market isn’t nearly as alluring late at night. The surrounding streets are mostly deserted, with only the occasional passer-by. This is the time 45-year-old Guisa arrives at her sister’s family-run business, Dayro’s Wholesale, ready to get to work. At least three days a week, she is among the earliest to open. Most vendors start setting up shop around two in the morning. That’s when her first customer of the day has regularly arrived, with a smile, for more than two decades – almost as long as the company has been around.

“They have great product and they’re wonderful people,” client Jim Skirvin says of Guisa and the other employees at Dayro’s.

Guisa, a lawyer, relocated from Guadalajara to Los Angeles a little more than five years ago.

“I worked with lawyers for a long time – but even though I worked, it never connected me,” she says. “The flowers always called to me.”

A big delivery truck delivers thousands of flowers from Mexico every Monday. Other deliveries arrive from Ecuador, Holland, and Japan.

Guisa says her sister’s stall sells around ten thousand flowers every week. However, “there’s always flowers left over at the end of the day,” she says, “because we have to open and sell flowers the next day no matter what.”

Guisa will work from Midnight to noon.

“I want people to find in flowers a way to see the positive side of things because right now the world is all upside-down. Flowers can help us with that, it’s like flora-therapy!” She says with a laugh. “Instead of drugs, buy flowers!”