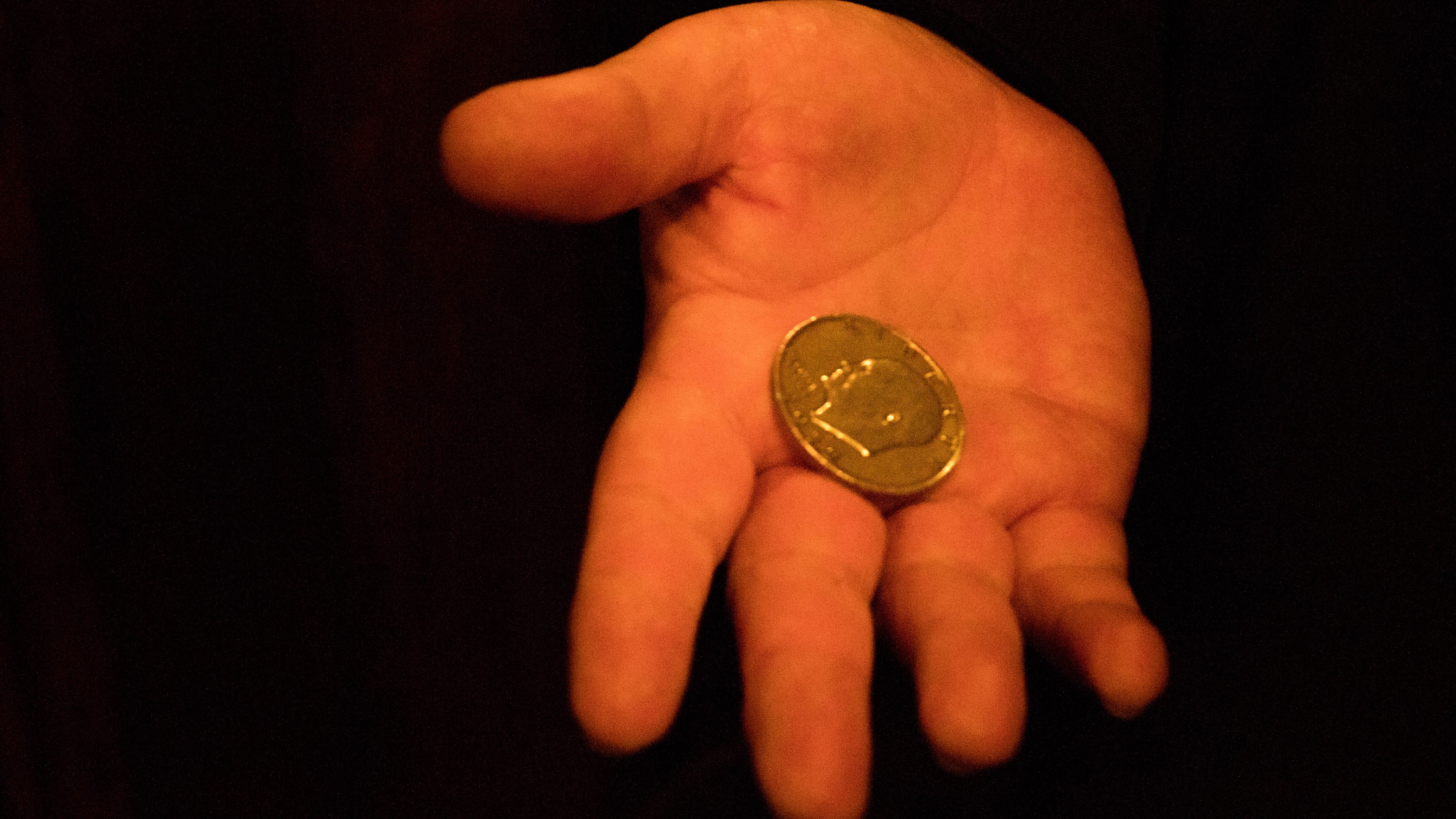 Bright red curtains line the walls. A bright light illuminates the small green felt table in the center of a room designed for watching magic tricks up close, specifically “sleight-of-hand” tricks with cards and coins.

It’s a little after midnight and the audience is excited to be at The Magic Castle, considered one of the most prestigious private nightclubs in the world for magicians.

Magician Luis Solórzano enters the room to cheers. Audience members sit on the edge of their seats, enthralled by every card movement. Solórzano starts off with a serious demeanor that quickly segues into a playful exchange with the audience.

“I love performing! Absolutely performing!” says Solórzano. “You know I don’t get nervous.”

This early Monday morning performance is the last for Solórzano who’s just coming off a week-long run at the Magic Castle. He performs the late night shows from 10:00 until 1:00 am.

“That was my last show and I’m ready to go another week,” he says. “I always feel that like…a kid going back to school after summer.”

Close to 2,500 magicians worldwide are members of the Magic Castle. Many more magicians are on a waiting list to perform at the club. Members of the general public cannot get in without a special invitation.

Luis Solórzano, 61, got a late start doing magic. Twenty years ago, Solórzano and his son had a growing interest in magic. He visited a magic store and bought a trick deck of cards and brought it home to try it out on his son.

“The moment my son was fooled,” said Solórzano, “I knew I was going to stay in magic… I loved it and was going to treat it as an art form.”

“There’s more than just a simple trick to it.”. He loves creating the “perception that is out of the ordinary, but also very beautiful.”

He focus is on creating more of an artistic portrayal of magic. As a visual artist — a painter, illustrator and designer — he considers the the table to be a frame and within that frame, carefully considers how he places the props and moves his hands.

Ron Saylor’s passion for magic started when he was 10. His first trick was escaping from an old trunk. He’s done everything from sleight of hand to illusions to mentalism. He retired 17 years ago from a human resources job that required him to fire people to pursue his longtime passion.

“Magic for me is absolutely where I belong,” said Saylor. “I can’t even fathom doing anything but magic.”