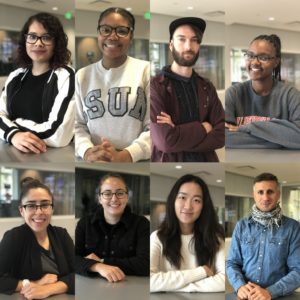 I’m a first-generation student from an immigrant family. My experience has inspired me to pursue journalism and learn the importance of telling stories for those whose voices have been silenced. I’ve worked on radio, TV and digital platforms as a producer, director and writer. My passion is to develop storytelling via documentaries.

I’m the current president of the National Association of Black Journalists chapter on my campus and my experience varies from broadcast, print, and digital in student media. I wanted to be a part of Next Gen Radio to broaden my skills in radio.

Writing helped me find my voice and by chance of encouragement I fell into broadcast. I’ve always wanted to be an author with hopes of someday owning my own publishing company. Aside from writing, I enjoy traveling and seeing and learning new things. 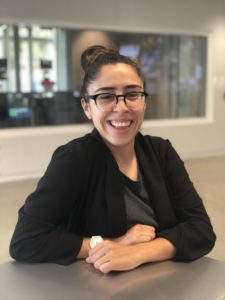 I’ve written articles, produced social media and audio for different media companies. My ability to use different platforms began when I bought myself a mic and a recorder. Reporting and producing led me to train in programs like Photoshop, Premiere Pro, and WordPress. I’m currently creating content in real-time for the LA Clippers, learning how to work quickly. Two more things: I love hearing people’s stories and giving hugs. 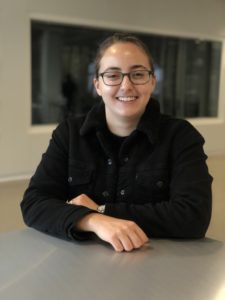 I was raised in the United Arab Emirates as a person of Russian and Lebanese descent. I strive to be an international investigative reporter who explores urban environments and conflict zones to cover stories revolving around global affairs, intercontinental security and social injustices. At Annenberg, I have worked towards this by making it a personal mission to delve into stories about human trafficking and globalization, online grooming and child abuse, LGBTQ asylum seekers’ California dream and more. 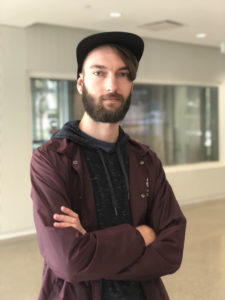 I’m a sound engineer for a local recording studio, assisting with live and post-production mixing. I’m currently studying audio production and journalism at Saddleback Community College. It would be fair to say I’m a nerd for radio — it is my dream to work for NPR one day as a sound engineer.

I’m a visual journalist and a news designer from Finland. For the last ten years I’ve been working at Alma Media Corporation in many key roles, ranging from digital product development to day-to-day operations in the newsroom of the second largest newspaper in Finland. I’ve been specializing in UX design, graphic design, infographics, data visualizations and photography. After the graduation, I will start a new job as the head of design of the News & Current Affairs department at the Finnish Broadcasting Company.

I’m a second-year graduate student in the Master of Strategic Public Relations program at the University of Southern California’s Annenberg School for Communication. I received my Bachelor of Arts in English from Beihang University in Beijing. I’m passionate about digital product design and hope to pursue a career as a product designer for technology companies. In her spare time, she loves to try new apps and travel.