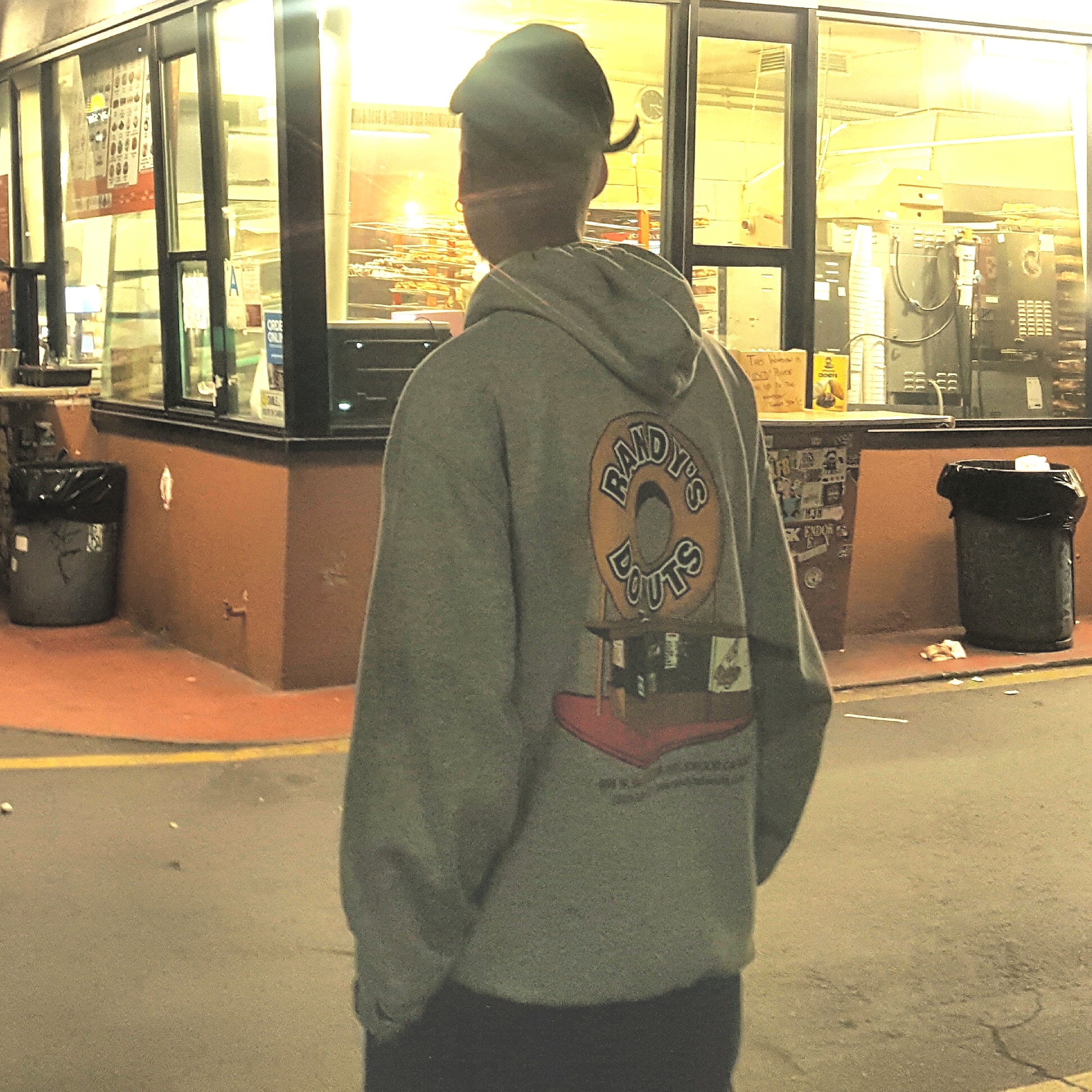 There was a time when Kris Fredricks could not even eat a whole donut. In high school, he and his friends would visit the local donut shop every day after class. He would buy a gigantic apple fritter but he could not finish eating it in one sitting. But Fredricks was determined. Eventually, after days of going back, he accomplished his goal.

Now donuts have become something of an addiction. When he has the money, he stops at any donut shop he sees and usually orders bear claws and apple fritters.

“I always grew up like really loving donuts,” says Fredricks, 21. “I am pretty passionate about donuts actually.”

It’s no surprise that Fredricks now works at Randy’s Donuts, one of the most popular donut shops in Los Angeles and best known for the gigantic replica of a donut on top of the building. Though he works 40 hours a week — often a grueling graveyard shift and dealing with difficult customers — the ultimate perk is eating as many of the deep fried food that he wants.

Fredricks admits to eating at least one donut per shift, and averages 10 to 12 per week. He prefers the buttermilk donut, a flavor he first tasted in middle school when his father brought them home.

Fredricks has worked at Randy’s Donuts for the last two months. There is a trade-off for his unlimited access to donuts. He often encounters angry customers, especially overnight when the popular donuts are sold out.

“They don’t call in to see if we have something,” Fredricks explains. “They just come here wanting like one thing and then we don’t have it and then that just ruins their day.”

But it’s all in a day’s work. After working in the food service industry for the last four years, he’s learned how best to handle them.

“You kind of put it into perspective,” Fredricks explains. “Sometimes people are having bad days and you don’t really know what happened before they get there. Maybe if you’re just like nice to them regardless, by the end of the transaction they’ll probably like warm up to you and even tip you sometimes.”

Randy’s Donuts opened in 1953 and has been featured multiple times on television and in movies, including Iron Man 2, Dope, Entourage, and the opening credits of Californication.

“The other week some Korean rappers or something came by and they filmed a music video in this parking lot,” says Fredericks.

He says fans often take pictures of the iconic large donut and travelers will stop by for a box of donuts before they catch their flight at the nearby Los Angeles airport.

As fun as it’s been for Fredricks being surrounded by donuts, he doesn’t want to do this forever. “I wanna do other things. I wanna model. I’m very into fashion” After all, despite his daily diet of donuts, “my metabolism has been so fast just all my life.”