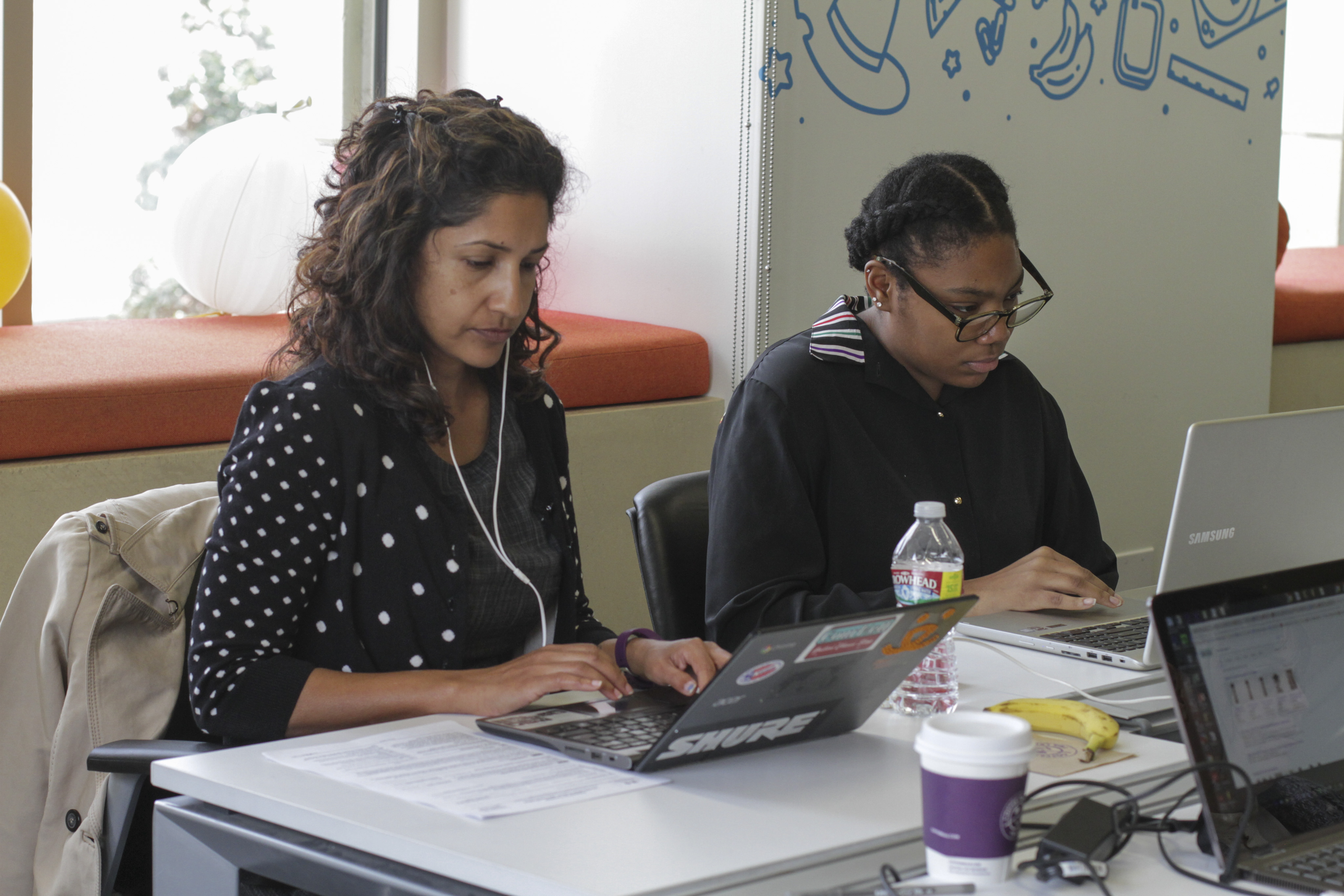 I never realized the value of donuts until I met Kris Fredricks. I mean I liked donuts but after talking to Kris I was starting to love donuts just as much as he did. The way he described donuts, you could tell he paid a lot of attention to detail. I’m so appreciative he gave me his lunch break to give an interview on such short notice. Listening to his story, I’ll try never to miss an opportunity to say yes to a donut break.

My time at Next Generation Radio has been so eye-opening. Not only was I able to use the audio editing skills I already knew in full effect but I learned tons more. All the things I’ve learned during the week have advanced my chances of getting a job after I graduate in May.

My incredible mentor, Mary-Rose, was especially helpful all throughout the week. She gave me great advice, helped me tremendously when my original interview subject disappeared on me, and it was nice to have a second pair of ears listening as I got the interview, figured out the most important parts, and helping me lay out the project.

During this time at Next Generation Radio, I realized how extensive and challenging non-narrated audio stories can be. I got my interview at 1 a.m. in a parking lot with constant traffic going by and I wasn’t allowed inside Randy’s Donuts. That limited what ambient sound I could gather to add to my story. If I were to do it over again, I would try to convince the manager or owner to let me in for a few minutes to get the sound of making the donuts, get Kris ringing up customers, and get the sound of people chattering in the line. I learned an important lesson since it’s a whole different concept from regular interview-style audio stories which are usually taught in broadcast journalism classes.

Overall, I will take everything I’ve learned from this experience and use it as much as I can in my journalism career. The most important thing I’ll take away from being on this Next Generation Radio team is everyone I met and being around students who want to break into journalism and mentors who are already in the field and have been for a while. I definitely won’t forget all the wisdom and advice I was given.